Chocolate dollars could be withheld 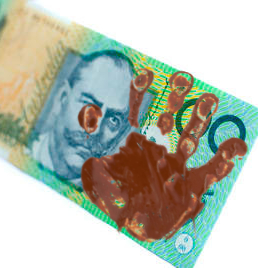 The Federal Government has threatened to withdraw Cadbury’s $16 million grant, after it was revealed that the company did not explain what it would do with the money.

The promise of the grant ruffled feathers in the lead-up to the 2013 federal election, as it came at a time when the LNP was looking for favour in marginally areas but refusing to continue similar financial support for other industries.

The Australian confectioner was expected to draw up a plan to show how the money would save its tourism arm from ruin, as it had claimed it would.

But emails obtained by the Federal Opposition under Freedom of Information (FOI) laws show no such plan was ever put forward.

In a radio interview this week, Liberal Senator Eric Abetz said Cadbury had made a claim that its tourism arm would not be viable without public funding, and the Coalition simply took it at face value.

Now faced with Cadbury’s lack of justification, Mr Abetz says without a business case the money will be withdrawn.

“If the case doesn't stack up then we'll have to reconsider because we will, at the end of the day, protect taxpayers' dollars,” he told ABC.

Shadow transport minister Anthony Albanese said the Assistant Minister for Trade claimed that a strong case had been made, speaking to Parliament in April this year.

“At the same time the department was saying; ‘Well, we'd better sort this out before the ABC asks the ministerial office, what information?’” he said.

“Because at that time, as it is still, Cadbury was yet to provide a business case for this proposal.”

“[Tourism] appears to be a different thing for different ministers at different times,” he said.

“What's consistent is that they all say this grant should be approved in spite of the fact that one year on, there is still no business case,” he said.