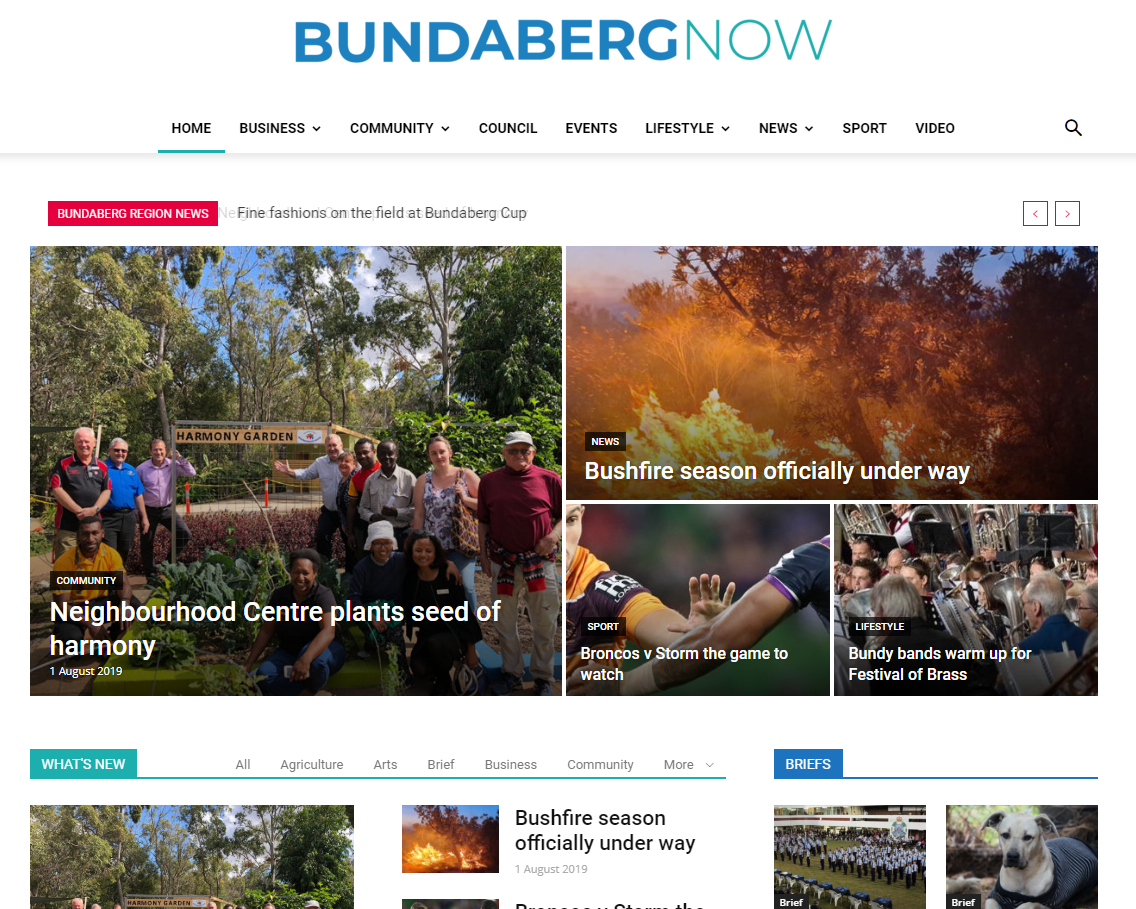 Bundaberg Regional Council has been accused of starting its own propaganda channel.

The council launched the Bundaberg Now website earlier this year, and has spent around $20,000 advertising its “good news channel”.

Documents obtained by the ABC under Right to Information suggest it is doing well compared with local traditional media, hitting 6,000 engagements in a single week, compared with the local news Corp paper’s 5,100.

Bundaberg Now has been accepted by Microsoft as a news source and appears in Bing News searches, but its front page contains no indication that it is owned, operated and produced by the local government.

The site’s “good news” content is produced primarily by council staff and its editor is council’s communications chief Michael Gorey.

“I've got a team of journalists who are all trained in newspapers or other medium — they're very ethical people — what they write is factual, correct, truthful, and accurate — they're all principles in our communication plan that we all abide by.”

Dr Denis Muller from the University of Melbourne said it appears deceptive.

“It's a lack of independence and it's a lack of providing the community with a broad range of perspectives on issues, and fundamentally it's a problem of propaganda masquerading as news.”

“I think the issue in relation to the Bundaberg site is one of transparency,” Dr Sternberg said.

“The website does say that it was produced by the local council, however that is in the finest of fine print — you have really got to scroll around the website to find that information.

“When you read on the website that it is designed to be a source of 'good news' for the region, that immediately flags that you might want to question the level of independence.

“What becomes a problem is when it's promoted as independent, fair, balanced — all those hallmarks or journalism — if it promotes itself as doing that, it needs to be held accountable in those terms.”

“Their job isn't to spruik the work of the council, their job is actually to cover news in the local community,” Mr Johnstone said.