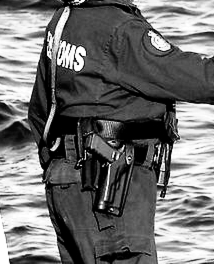 The brother of Australia's Customs and border protection chief Michael Pezzullo will be sentenced on corruption charges today, over allegations he sold prescription drugs within his brother’s department.

It is a situation which Labor and the Greens say should have been disclosed by the agency boss when he appeared at a recent Senate estimates hearing.

The brother of Australian Customs and Border Protection Service chief Michael Pezzullo is Fabio Pezzullo, himself a former Customs officer.

He will be sentenced after pleading guilty to perjury before Australia's corruption watchdog, during an investigation into a ring of corrupt Customs officials at Sydney Airport.

Mr Pezzullo was charged with selling the prescription drug Kamagra to fellow Sydney Airport Customs officers, as well as lying to the Australian Commission for Law Enforcement Integrity unit in its investigations of several colleagues for drug importation and bribery offences.

Reports say recent reforms of the internal affairs division for the Customs agency has seen the removal of experienced criminal investigators. This has sparked accusations that the agency is now vulnerable to deeper integrity problems.

Fairfax says some staff are furious that managers at Sydney Airport remain in their positions, despite corruption flourishing under their watch.

Some senior government figures continue to back Mr Michael Pezzullo's history of tackling integrity concerns inside Customs, he has been a major proponent of Taskforce Pharos, and related work targeting staff with drug and background checks.

A Customs spokesperson has allegedly told reporters that Michael Pezzullo “had not been briefed on matters concerning Fabio Pezzullo at the time of giving his opening statement to Senate estimates on 26 May”.

It is expected that Customs will face more problems when it merges with the Immigration Department to create the new Australian Border Force, as Immigration staff have not previously been vetted by the nation's corruption watchdog ACLEI, the crime commission and the federal police, as Customs staff are.