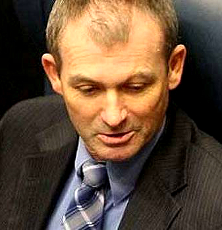 The Western Australian government has announced hundreds of jobs will be cut from two Perth hospitals in order to re-direct funds to other avenues.

The figure is higher than Dr Hames had previously indicated, but half the amount forecast by unions.

Dr Hames said the jobs had to go from ‘over-staffed’ areas, and that cuts would come through the non-renewal of contracts over the next six to eight months.

“There's been a lot of people there that have been employed over the past 12 to 18 months that are in excess of the requirements for the number of patients they've got coming through the doors, which really haven't increased at all during that time,” Dr Hames said.

Health Services Union says around 70 of its members will be affected, specifically those working in allied health roles such as physiotherapy.

Union secretary Dan Hill said the cuts will have a noticeable impact.

“We're very concerned, our members are very concerned, that this will impact not just on their job security but on the level of service to patients at Sir Charles Gairdner and the community serviced by Osborne Park Hospital,” Mr Hill said.

“This announcement is a huge blow to members, they're dedicated to providing a very high level of service to their patients and to the community and the question is will that service be maintained if numbers are cut to the degree that's being proposed?”