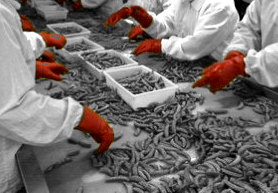 Five vegetable packers have been awarded $17.4 million compensation after one of the most disturbing sexual harassment cases to appear in a US court.

The women suffered severe harassment and retaliation at the hands of Omar and Oscar Moreno, sons of the owner Moreno Farms Inc, and a third male supervisor, Javier Garcia.

The women accused the men of having “engaged in graphic acts of sexual harassment against female workers in Moreno Farms’ packaging house, including regular groping and propositioning, threatening female employees with termination if they refused the supervisors’ sexual advances, and attempting to rape, and raping, multiple female employees.”

Attorneys said the lawsuit aimed to address the plight of “this vulnerable segment of workers who are often reluctant or unable to exercise their rights under equal employment laws.”

Omar Moreno was accused of frequently groping one woman in public, refusing her requests to stop and eventually forcing her to have sex with him.

“Omar Moreno repeatedly demanded that Aguilar have sex with him and stated that he would fire her if she did not do so,” said the court affidavit.

Moreno ordered the woman out of the work line and into a nearby trailer, where she was forced to have sex with him “on three occasions because she feared losing her job if she did not do so,” the complaint said.

He reportedly told her “not to tell anyone about having sex with him.”

On another occasion, Omar Moreno told the woman to go to the same trailer to have sex with his brother, Oscar, but she refused.

“Omar Moreno became enraged and told [her] that he would terminate her employment,” the complaint said.

The jury granted five women who had been fired for confronting their tormentors $2.4 million in compensatory damages and $15 million in punitive damages.

Attorney Robert Weisberg said the verdict sent a “clear message to the agricultural industry that the law will not tolerate subjecting female farm workers to sexual harassment and that there are severe consequences when a sex-based hostile work environment is permitted to exist.”