Fight to condemn phoenix to ashes 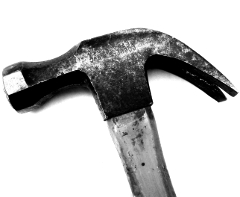 Regulators say they are cracking down on ‘phoenix’ activity and dodgy pay arrangements in the construction sector.

The Australian Tax Office (ATO) and the Australian Securities and Investments Commission (ASIC) have launched a campaign against a practice where companies go into liquidation to avoid paying entitlements to their staff.

It is known as ‘phoenix’ activity, as the firms usually “rise again” in a modified form, free of their previous obligations.

The ATO and ASIC are joining forces with the Fair Work Building and Construction directorate to examine phoenix scams, which they say cost around $3.2 billion per year.

ASIC commissioner Greg Tanzer said in a radio interview this morning that phoenix activity is most prevalent in “off-the-books” sectors such as transport, security, construction and cleaning services.

“Our intelligence suggests that there's a range of issues that arise in the construction industry,” Tanzer told the ABC.

“What we're finding is that there is a disproportionately large number of cases perhaps because of the nature of the industry and the number of workers involved in those industries but, whatever the reason, it seems to be a target for this type of activity.

“But also, critically, other contractors - sub-contractors and sometimes head contractors - are affected by companies going out of business, doing so intentionally with the absolute deliberate intent of defrauding all of those creditors and employees.

“From our perspective, we see just far too many individual problems that are caused by this type of activity, because it doesn't need to be a large amount of money if you've been gutted out of your leave entitlements or your superannuation entitlements,” he said.

ASIC’s program is aimed at the construction industry, during which 6,000 smaller companies will be targeted, some office getting a personal visit, with reminders of the heavy penalties for phoenix activity.