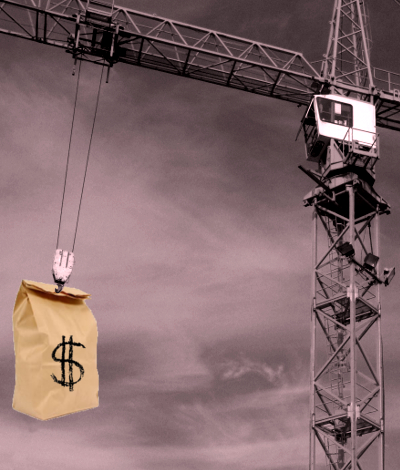 UPDATE 14/08: Labor and Greens representatives in Newcastle have sought meetings with lord mayor Jeff McCloy, urging him to resign.

“The Local Government Minister has also called on councillor McCloy to do the honourable thing and step aside,” she said.

Pressure is mounting on the mayor following the resignation of two associates who linked him to the procurement of funds from banned sources.

UPDATE 13/08: Two MPs have resigned on the urging of NSW Premier Mike Baird.

Newcastle MP Tim Owen and Charlestown MP Andrew Cornwell have fallen on their swords after admitting they accepted money from banned political donors.

They also admitted to planning their lies to the inquiry just days ago, during meetings in the office of Newcastle Mayor and developer Jeff McCloy.

Mr McCloy continues to refuse calls for his resignation.

ORIGINAL 11/08: The Greens are seeking to remove a politician who admitted receiving payment from banned property developers.

A bill will be tabled in NSW parliament seeking the immediate removal of former Liberal MP Andrew Cornwall, who has admitted accepting money from property developers who were on the state’s banned donors list.

It is alleged that the money was funnelled through the federal Liberal party in order to side-step the ban.

Mr Cornwall has sought leave, resigned from the LNP and announced he will not recontest his seat of Charlestown in the Hunter region, but the Greens want him gone straight away.

The bill was tabled just day after Cornwall told the Independent Commission Against Corruption (ICAC) that he paid his tax bill with a cheque from property developer Hilton Grugeon.

He got the money from Grugeon after giving him a painting as a “gift”, which Cornwall said the banned developer liked so much he gave him $10,000.

Cornwall also admitted accepting $10,000 in an envelope from property developer and Lord Mayor of Newcastle Jeff McCloy, during a meeting in the back of McCloy’s Bentley.

The Greens' Jamie Parker says Mr Cornwell continues to enjoy full pay while on leave, so he will move an expulsion motion on Tuesday.

“In no other profession would a person who admitted corrupt behaviour retain their job and entitlements and also be granted leave on full pay,” Parker has told ABC.

“Parliament must act to protect its reputation or it will stand condemned as a haven for corruption and illegality.”

Today, ICAC will hear from former Liberal MP Tim Owen, who has already conceded that his 2011 election campaign was “probably” bankrolled by banned funds.

The counsel assisting the commission will argue it is “plain as day” that Mr Owen knew at least one of his campaign staff was being paid by developers, despite denying involvement himself.

The repeated findings of corruption throughout the major parties and between their state and federal levels has once again prompted a call for a nationwide anti-corruption watchdog.