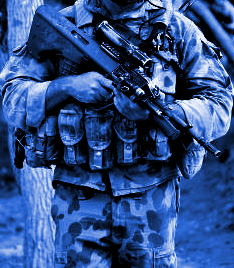 The Australian Government has launched it largest ever mental health check for the Defence Force, with a $5 million scheme covering several years.

The Transition and Wellbeing Research Programme will see significant research into the mental health and wellbeing of defence service personnel and veterans.

It will examine the impact of military service on the mental, physical and social health of personnel and their families, focused largely on those deployed to combat zones overseas.

The Government currently spends around $166 million a year on the mental health needs of Veterans and their families, but the uncapped spend could get out of hand as the size and scope of mental health issues in the Defence force expands with better recognition and diagnosis.

The spend will be split across three overarching studies.

“The Government takes these issues very, very seriously,” Minister for Veterans’ Affairs Michael Ronaldson said at the launch this week.

“What we’re doing with these studies and work that’s gone on before is to make sure we’re best prepared to meet the needs of these men and women, whether it’s three months after they return or in some cases it may be up to 10 or 15 years.

“We just need to have in place the services, the approach and the understanding to ensure we don’t repeat those mistakes.”