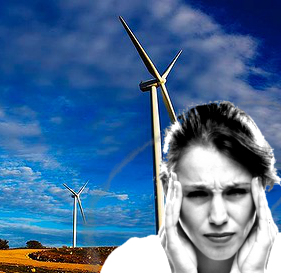 The National Health and Medical Research Council says there is no evidence that wind farms cause adverse health effects in humans, re-iterating the findings of virtually all credible studies on the matter.

Yet more research will be conducted as part of a Federal Government pre-election promise to investigate all possible links.

Prof Warwick Anderson, the chief executive of the National Health and Medical Research Council says “further research of the highest standard is warranted”.

This is despite the weight of evidence suggesting the reported ill-effects are more strongly linked to psychological, cultural or political factors than environment or physical ones.

The Clean Energy Council’s policy director Russell Marsh said the draft information paper is “another tick of approval” for the technology, matching with the findings of a large range of studies.

“The NHMRC draft position statement is in line with advice from the New South Wales and Victorian health departments, which have both stated that noise below the hearing threshold cannot affect people’s health.”

A large part of the recent vocal opposition to wind farms in Australia has come from a group of country landholders led by Maurice Newman, who is also the head of Prime Minister Tony Abbott’s business advisory group.

The group behind Mr Newman have threatened to sue one property owner if their health or property values suffer as a result of his decision to allow turbines to be built on his land.

A recent report by professor of public health at Sydney University, Simon Chapman, found that illnesses blamed on wind farms are more than likely caused by the psychological effect of the suggestion that wind farms make people ill, rather than by any actual effect of the turbines.

Still, investigations of the phenomenon will continue, with the NHMRC Draft Information Paper: Evidence on Wind Farms and Human Health now up for submissions.