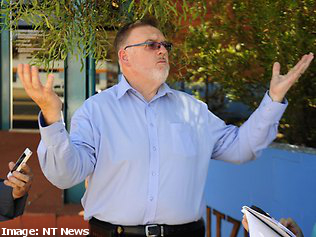 Northern Territory teachers will strike next week as their stoush drags into its second year.

The NT branch of the Australian Education Union’s (AEUNT) recently-elected branch president Jarvis Ryan says public school teachers in Darwin and Palmerston will walk out of classrooms next Wednesday from midday.

The strike comes after the union voted to reject the last two government pay offers, most recently in June.

The union says the Government will not admit it has made staff cuts, but the Education Minister says it is a political move.

Education Minister Peter Chandler says he believes the strike is timed to coincide with the Casuarina by-election, during which the Labor party will be fighting to recover from the loss of a long serving sitting member.

Mr Chandler has urged Mr Ryan to stop next week's planned industrial action, claiming the union is stopping teachers from accepting a deal many favour.

He says there have been some staff reductions, but they occurred mostly within the Department, and were not enough to increase student numbers above 27 per classroom.

The AEUNT says it is also concerned about the Government's policy changes, which could give more power to school councils and principals over budgets and staff.

They say it would see staff numbers reduced.