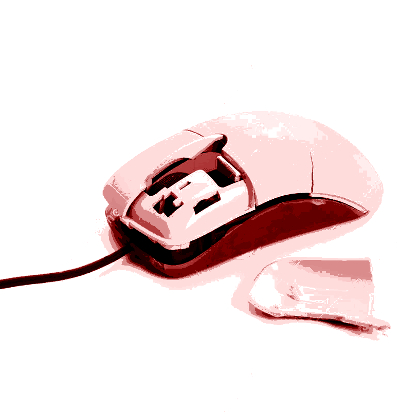 A new project has allowed researchers to gauge a person’s anger based only on the way they use a computer mouse.

Many will be familiar with the slamming, whipping and jerking that a computer mouse is subjected to under the hand of an angry user, but it appears that these responses are so typical they can be used in isolation to judge a person’s emotional state.

Jenkins and his colleagues have successfully gathered and processed enough data points from cursor movements to measure those deviations and indicate a user’s emotional state.

“Using this technology, websites will no longer be dumb,” Jenkins says.

“Websites can go beyond just presenting information, but they can sense you. They can understand not just what you're providing, but what you're feeling.”

The research shows that when users are upset or confused, the mouse no longer follows a straight or gently curving path. Instead, movements become jagged and sudden. Additionally, someone exhibiting negative emotions moves a mouse slower.

“People might think; ‘When I'm frustrated, I start moving the mouse faster’.

Jenkins believes the greatest application of his research could be for web developers to adapt or fix annoying points in websites, which bring out negative emotions.

“Traditionally it has been very difficult to pinpoint when a user becomes frustrated, leading them to not come back to a site,” Jenkins said.

“Being able to sense a negative emotional response, we can adjust the website experience to eliminate stress or to offer help.”

Jenkins' technology has been patented and spun off to a start-up company that holds the license and is working on new cursor-tracking developments.

The next phase of the project will apply the same thinking to mobile devices, where swipes and taps replace mouse movement.

Jenkins says he is encouraged by the massive amounts of data phones and tablets provide.