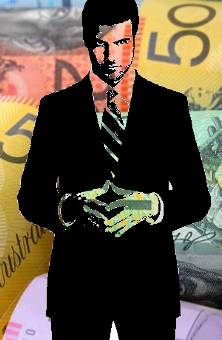 Eddie Obeid is maintaining his innocence even after the ICAC ruled his behaviour as corrupt.

ICAC has found Mr Obeid “misused his position as an MP” to lobby ministers and senior public servants on various occasions, seeking to have the leases renewed without a competitive tender.

Obeid was also found to have abused his position in order to benefit family interests in Direct Health Solutions and generous water licences for their Bylong Valley farm.

Former senior public servant Steve Dunn, once the chief executive of NSW Maritime, was found to have acted corruptly over the cafe leases too.

But Mr Obeid says he is innocent, and smalled the entire ICAC rocess.

“I believe in our judicial system and when that goes before a court and a judge where we can provide evidence equivalent to ICAC and the DPP, if they want to take it up, I will then take it seriously,” he told the ABC after the inquiry report was handed down.

“[The ICAC] is all media spectacle. It is all Hollywood-style. It is all about grabbing media headlines. It likes to prove it is worth the money the Government spends on it.”