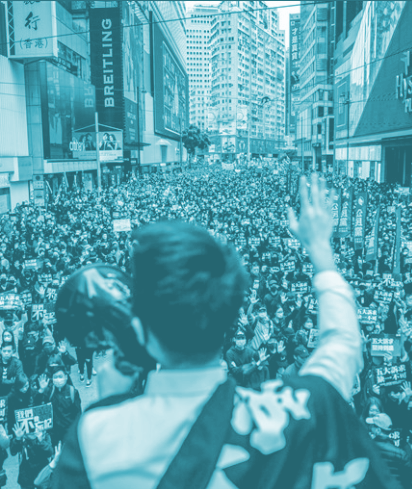 Australia is offering a path to permanent residency for thousands of Hong Kong students and other citizens.

Prime Minister Scott Morrison has announced changes that apply to Hong Kongers already in Australia, offering visa extensions to temporary work visa holders and student visa holders, and the opportunity to apply for permanent residency after that period.

The government will also make efforts entice businesses to move their operations from Hong Kong to Australia.

Reports say there are about about 10,500 students and 1,500 people on other relevant visas already in Australia.

There are no plans yet for a humanitarian intake of Hong Kong residents.

“The most significant impact of the decisions we've made today are for those around 10,000 people who are already in Australia,” he said.

“The refugee and humanitarian stream remains available for those seeking to apply through that channel, and that is available to people all around the world.”

The changes were made after the Hong Kong Government introduced new national security laws criminalising dissent and opposition to Chinese rule. The laws are being imposed by the Chinese Government and have been denounced internationally, as well as leading to months-long protests by Hong Kong residents.

The report calls on local authorities to ensure that journalists do not fall afoul of the sweeping new law.

The report opens by saying that police force “will intensify its use of force and tougher tactics to handle protesters”.

“Media, as the fourth power, and journalists, as the eyes and ears of the people, have the duty of monitoring the violation of laws and regulations by those with public power.

But Stanley Ng Chau-pei, Hong Kong’s deputy to the National People’s Congress in Beijing and the president of the pro-Beijing Hong Kong Federation of Trade Unions, said the HKJA supports “violence, terrorist attacks and inciting sedition”.

“For the past year, HKJA has supported violence, terrorist attacks and incited sedition. It has not stopped and has sanctimoniously aired concerns about freedoms in order to subvert the state,” he erroneously stated in a Facebook post this week, despite the watchdog never making such claims.

“Their conduct has been extremely shameful and hypocritical! The national security bureau and justice department must bring them to justice!”