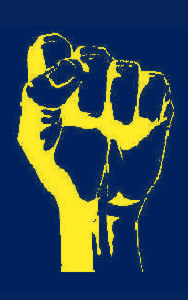 A strike at a big power plant has been extended, putting supplies at risk across Western Australia.

Industrial action over the stymied Enterprise Bargaining Agreement was planned for seven days, but has now been extended to two weeks.

The union says the current conditions mean workers are effectively on-call after work every day.

Workers say they are paid 10 hours of prepaid overtime per week in compensation for being constantly available to attend on-site emergencies after their shifts. But they say management is using the prepaid overtime hours for ordinary day to day work, making them do extra hours for no additional pay.

The Collie Power Station supplies 340 MW into the South West Interconnected System of WA, and the union says it is worth putting a large slice of the state’s supplies at risk to get a better deal for staff.

Transfield Worley's chief executive Gareth Mann has told reporters that there will be no current or immediate threats to the electricity supply.

The company has called the workers’ demands “reasonable” and “in line with current market conditions”, but no final deal has been struck yet.