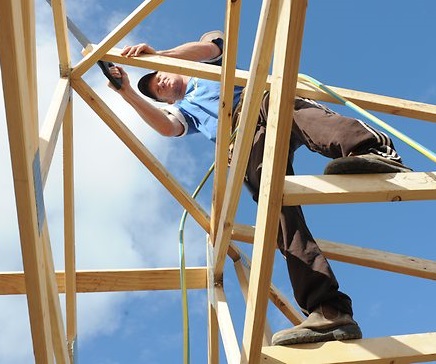 The proposed changes intend to make it more difficult for unionised sites to halt work if they judge the site unsafe.

Some opponents say it is a political move aimed at breaking down the power and influence of unions, one which may endanger lives.

Attorney-General Jarrod Bleijie said it would end the practice of “construction unions using safety as an industrial weapon”, though the Queensland Council of Unions (QCU) says it will give employers time to cover up issues.

QCU’s President John Battams said; “If there are issues, then the Attorney-General needs to deal with them, straight up.”

“What he shouldn't do is introduce laws which will reduce health and safety regulations for everyone.”

Mr Bleijie has assured the Queensland parliament that the new laws are valid, saying he has heard of real problems.

“I have personally heard of stories from hard working Queenslanders who have been locked out of their workplace because of militant union activity,” he said.

“Earlier this year, a major contractor lost 42 days of work due to illegal strike activity in the first year of their enterprise agreement,” he said, likely in reference to a stoush at a new Children's Hospital site.

“Sites are being hijacked and workers held to ransom. This practice has to end.

“This bill will restore balance to the system – there will be legitimate avenues for safety issues to be raised and dealt with appropriately but using safety to hijack sites and bully contractors on work sites will end.”

Mr Bleijie claims that from 57 right of entry disputes since 2011; “the majority of safety issues raised were not immediate or imminent risks to workers.”

The bill put forth by the Attorney General will now be reviewed by a parliamentary committee, which is under no obligation to take on any of the changes.

They are very similar to changes flagged on a federal level, as the Coalition government seeks to unwind the power of the union movement.

“While a royal commission into union governance and corruption recently announced by the federal government will shine a light on similar problems, our reforms put Queensland ahead of the game in tackling them,” Mr Bleijie said.