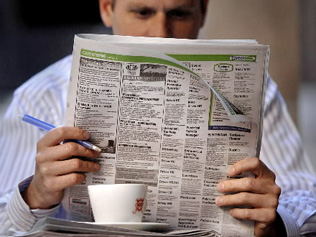 A survey of foreign language job ads has found more than half offer illegal rates of pay.

Unions NSW has reviewed 7,000 job ads written in foreign languages across more than 10 notorious industries, and found 60 per cent were offering below the legal rate of pay.

The ads with illegally low pay rates were most commonly published in Chinese, followed by Japanese, Vietnamese, Spanish and Portuguese.

In the retail industry, more than 84 per cent of foreign language ads surveyed offered below the award, followed by cleaning, transport, building and construction, hospitality and hair and beauty.

Laws were introduced for the horticulture industry in April that enforce a minimum wage, and Unions NSW says the number of job ads advertising an hourly rate has improved, from just 12 per cent to 60 per cent.

Unions NSW says underpayment of migrant workers is a “business model” in Australia, which is partly perpetuated by fear of being deported.

“What we want to see is when people make a complaint [to the Fair Work Ombudsman], there's a firewall where their complaints and their stories can't be directly passed on to the Home Affairs Department,” Unions NSW secretary Mark Morey says.

Experts say the government should go further, and give the Fair Work Ombudsman more enforcement power to crack down on the issue.