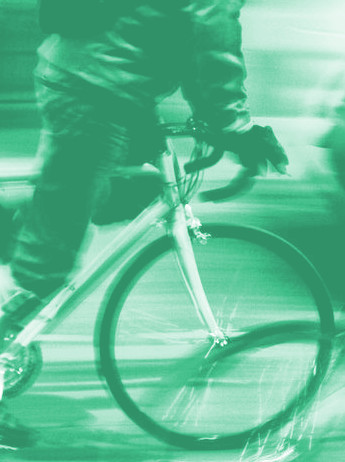 A recent study suggests food delivery riders do not take more risks on the roads than other cyclists.

At least six food delivery riders died in road crashes in Australia in 2020.

The taskforce’s conclusions included that between 4pm and 8pm was the worst danger time, and contributing factors to incidents included fatigue and time and emotional pressures.

A team of 13 observers staked out sites across five inner Brisbane suburbs (South Brisbane, West End, Newstead, New Farm and Central Brisbane) during lunchtime and dinner time peaks over six days last winter, and found that despite the huge time pressures of the gig economy and hungry customers, food delivery riders generally did not take more risks on the roads than private cyclists.

“Despite media and public concern, the observations did not support a view that BFDRs [bicycle food delivery riders] engage in more risky riding behaviours than private riders,” the authors wrote in their report.

“Overall, helmets were worn by 97.4 per cent of riders (BFDRs 99.3 per cent vs private riders 93.4 per cent), which is very positive given the safety benefits that helmets offer in the event of a crash or fall.”

First author Dr Oviedo-Trespalacios said the research team did still witness some risky behaviours by private cyclists and bicycle food delivery riders (BFDRs) – but, overall, neither group was worse than the other.

“There has been enormous growth in the gig economy and the home delivery of meals – which was particularly accelerated during the COVID-19 lockdowns, not just in Australia, but around the world,” he said.

“There is increasing evidence that food delivery on push bikes or electric bikes is an occupation with significant road safety risks, because the work pressures to get food delivered fast can encourage risky behaviour.

“But the results of our study suggest carrying a food bag does not make riders more likely to run a red light, not wear a helmet or ignore other road rules.

“This doesn’t mean it’s all good news though.

“We witnessed plenty of risky behaviour among the 2,274 BFDRs and 1,127 private cyclists who we observed in the inner suburbs of Brisbane during the day and night.

“Overall, 24 per cent of all riders confronted with a red traffic or pedestrian light did not stop. Whether the rider was a BFDR or private rider had little direct influence on red light running. Instead, riding the wrong way in the traffic lane and swapping between the footpath and the road were more common among those who disobeyed signals. Long waiting times for the walk signal and bicycles not triggering traffic signals are likely to encourage riders to cross on red, particularly under time pressure.

“Helmet wearing was actually better among delivery riders – 99.8 per cent of BFDRs wore a helmet, versus 93.4 per cent of private cyclists, and men were slightly more likely to wear a helmet than women.

“Most riders avoided handheld phone use while riding, but cradles with mobile phones were very prevalent among BFDRs. It was very difficult for our observers to see if riders were touching their phones while moving, but when they did witness it, it was more likely to be food delivery riders physically interacting with their phones than private riders.”

The authors also found slight behavioural differences between delivery riders who were employees paid per hour, and those who were contractors paid per job. In particular, contractors were more likely to have a phone visible than employed riders.

“The results suggest that organisations that employ BFDRs appear to manage rider distraction better than companies that contract riders,” the authors wrote.