LNP to rely on PS cuts 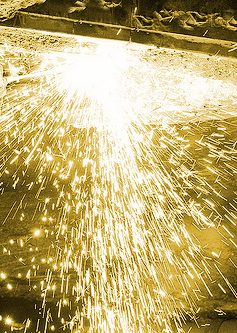 Australia might not have the defence shipbuilding skills to complete a local submarine build.

While there are some training programs to boost the number of skilled workers, she says that the way they are being rolled out needs to improve.

“What we want to do is start looking at the bureaucracy and some of the processes that are involved to access these programs,” Ms McCarthy says.

“We've seen that these programs aren't realising the results they're designed to do because they're either too hard for organisations to access or the process is just taking way too long.”

The shortage has allegedly played a role in a recent decision to delay the construction of the Hunter Class frigates at the Osborne shipyards in Adelaide by at least 18 months.

It has prompted questions about the future of a local submarine build too.

Ms McCarthy says whoever wins the upcoming federal election needs a plan that Australia can pull off.

“We can't do everything in Australia, so let's look at what can we specialise in and work in partnership with our trading partners, the UK [and] the US and work together specialising in each of our niche areas so that collectively we can realise the capabilities that we actually all need,” she said.

“We'll always want to maximise whatever opportunities are available for industry in the areas that Australia is best at.”