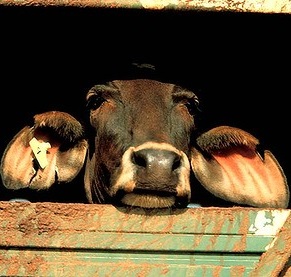 Planned industrial action at the Department of Agriculture has officials worried about interruptions to passenger movement, cargo inspections, meat inspections, international mail processing and other services.

Ag Department union members are the latest to look at industrial action as against the Abbott government's bargaining policy.

The Community and Public Sector Union (CPSU) has lodged an application with Fair Work for a protected industrial action ballot.

It comes after staff at the massive Department of Human Services took protected action, along with unionised workers at the Department of Veterans Affairs.

Veterans Affairs and Human Services workers will undertake a range of workplace bans and actions to highlight their discontent with proposed new agreements “that seek to cut jobs, rights, conditions in exchange for very low pay increases”, the union says.

Staff at federal public offices are opposed to the offer of well-below-inflation pay rises; less than 1.5 per cent a year.

If the Agriculture Department's action is endorsed by the vote, many fear it could disrupt Australian trade. The department also administers drought and biosecurity policies.

“Despite many months of talks, not one single agency has been able to navigate a way through the Minister's nasty bargaining maze of cuts to rights and conditions,” CPSU national secretary Nadine Flood said.

“It's no wonder that industrial unrest is spreading.

“Every proposal we see seeks to take far more away than it gives. Public servants aren't stupid.

“Why would they support flawed agreements which remove protections around super and redundancy, increase working hours and leave them worse off financially?

“Some of these proposals actually cut take-home pay for part-timers, who already have a tough time making ends meet,” Ms Flood said