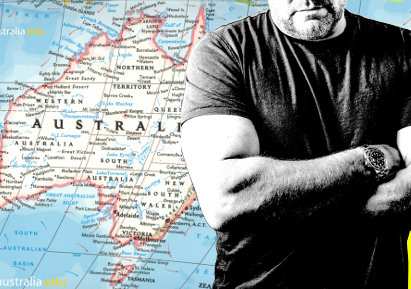 The Federal Government has unveiled its Foreign Policy White Paper, designed to guide relations for the next decade.

The White Paper was released with the slogan “Opportunity. Security. Strength”.

It opens with the blunt assessment that Australia’s greatest and most powerful friends are becoming less powerful.

“Powerful drivers are converging in a way that is reshaping the international order and challenging Australia's interests,” it says.

“The United States has been the dominant power in our region throughout Australia's post-World War II history. Today, China is challenging America's position.”

The document notes that that China's economy has already eclipsed America's by some measures.

While it does not mention US President Donald Trump by name, the White Paper does warn of the world leader’s risk in embracing isolationism and protectionism.

“The Government recognises there is greater debate and uncertainty in the United States about the costs and benefits of its leadership in parts of the international system,” it reads.

“We believe that the United States' engagement to support a rules-based order is in its own interests and in the interests of wider international stability.”

The paper says an alliance with the US will remain a central pillar of Australia's security, predicting America will keep its military superiority for “the foreseeable future”.

The Australian policymakers said that if the USA moves its aircraft carriers and submarines out of the Pacific, then China stands to benefit.

“Without sustained US support, the effectiveness and liberal character of the rules-based order will decline,” it says.

“Power is likely to shift more quickly in the region, and it will be difficult for Australia to achieve the levels of security and stability we seek.”

The experts say there are ways to strengthen our relationship with Beijing as China grows.

They suggest building deeper links with China in the form of military exercises and diplomatic relations with the Chinese leadership.

“Regular and substantive engagement at senior levels will be essential to achieving our ambitions for the relationship,” it says.

The White Paper also outlines an opportunity for Australia to convince both China and the US that it is in their interest to further liberalise their economies.

“We encourage China to exercise its power in a way that enhances stability, reinforces international law and respects the interests of smaller countries,” it says.

“Australia will encourage the United States and China to ensure economic tension between them does not fuel strategic rivalry or damage the multilateral trading system.”

More analysis is available here, and a copy of the full White Paper can be found here