New probe will prod QLD LNP right up to election 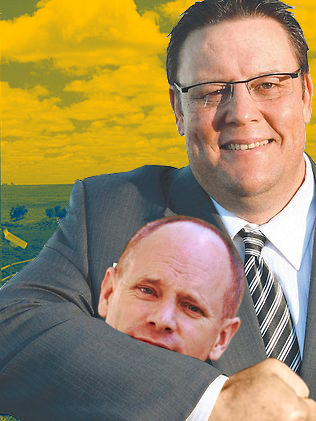 An unprecedented probe into the Queensland Government has been launched, and there is very little that it will not investigate about the current LNP regime.

The federal inquiry will go ahead after receiving backing from the Palmer United Party, Labor and the Greens, in a move the Federal LNP has labelled a “political vendetta”.

A committee chaired by PUP senator Glenn Lazarus will question the basis of several development and environmental approvals, particularly around coal seam gas and other resource projects.

The committee will also look at Queensland's use of Commonwealth funds, alleged politicisation of the judicial system and police department, and claims of complicity in human rights abuses.

Palmer United Party (PUP) leader Clive Palmer has been chasing an official look into the Queensland Government for some time, and is understood to be buoyed by the powerful new avenue of inquiry.

Attorney-generals from the Queensland and Federal Governments say they will work to kill the inquiry on legal grounds.

Queensland Attorney-General Jarrod Bleijie says he is seeking advice today, while federal AG George Brandis claims a High Court intervention might be possible, due to a rule that one Parliament cannot investigate another.

The Federal Government had been fighting to bury the inquiry, cancelling a previous attempt with the argument that it had no legal precedent and would override parliamentary convention.

But the probe could backfire, as it has already raised the issue of PUP leader Clive Palmer’s blatant conflicts of interest between politics and mining, a factor Mr Palmer is strongly downplaying.

Palmer has been incensed in the past about the Queensland LNP’s rejection of his resource project applications, something which was a major driver behind the formation of his political party.

He had a much better run under the previous Labor Government and have questioned the deal struck to win federal ALP support for the inquiry, as it included a promise not to look further back than the day Campbell Newman took over from Labor premier Anna Bligh.

Senator Eric Abetz, the Leader of the Government in the Senate, told reporters it was just another Palmer stunt.

“Basically it's a bitch session about Queensland,” Senator Abetz said.

“What's the concluding time for this senate inquiry? Oh, it just happens to coincide with the Queensland election.

“This inquiry makes a travesty of the Senate committee process. It will backfire badly and come to haunt Labor, the Greens and Palmer United in Queensland.”