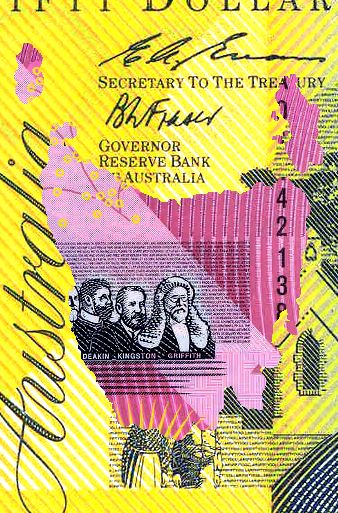 A landmark report says Tasmanians cannot blame social disadvantage or low government spending for being behind on social and economic indicators.

Prominent Tasmanian economist Saul Eslake released the Tasmania Report this week, which paints a stark picture of the economic and social position of Australia’s smallest state.

The report was commissioned by the Tasmanian Chamber of Commerce and Industry and Tasmanian Council of Social Service to inform and future debate and public policy.

The report made the following key findings;

Tasmania's gross product was $18,300 less per person than the national average; a fact that Mr Eslake attributes to the fact that a smaller percentage of Tasmanians are employed, and those that do work do so for the equivalent of three fewer weeks than their counterparts in other states, while producing 18 per cent less an hour.

The report also shines a light on the crucial role of education in a state where only 17.8 per cent of residents aged between 15 and 75 have a bachelor's degree or higher qualification – a proportion lower than in anywhere else in Australia.

“The one thing that would do more than anything else to reduce each of those sources of the gap between per capita income and the national average... would be higher levels of educational participation and attainment,” Mr Eslake said.

“I think if we were able to create an environment in which Tasmanians learned more, and worked more, they would probably earn more.”

But Mr Eslake said it was false to argue that that Tasmania's low employment and education rates are the result of high socio-economic disadvantage or a lack of government investment.

“What we spend, we spend relatively inefficiently and we spend it in a culture that historically hasn't attached sufficient value on education,” he said.

“Ultimately, the goal ought to be that every student at every Tasmanian school has the opportunity and is encouraged and supported to go all the way through to year 12,” he said.

“One of those stories is a story that we are proud of as a state.

“On the other hand, what we've got is what we would describe is a much darker narrative of people living in our communities who can't access fresh produce to eat, who are not able to have the opportunity to participate in the workforce because of their low levels of literacy and their low levels of educational attainment.”

Mr Eslake suggested the Government look at options like selling some of its electricity network to fund more infrastructure spending.

The State Government has pledged not to sell state-owned businesses, but Mr Eslake said it was something that could be considered if they win a second term.

“There's no reason why consideration couldn't be given to selling or leasing the assets of TasNetworks or Aurora,” he said.

He said the state's power generator Hydro Tasmania should remain a public asset.