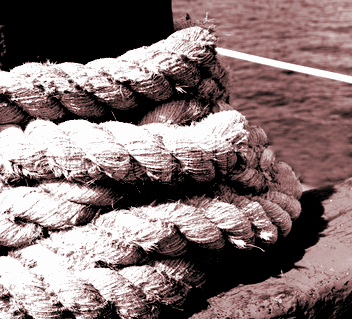 Strikes will put one major resource port out of operation, but similar action has been avoided at another.

Maritime Union of Australia (MUA) members will strike for three days at Esperance Port this week, and negotiations are back on at the Fremantle Port after the operator threatened to axe its entire workforce.

About 80 stevedores will walk off the job at Esperance, with three consecutive 24-hour stoppages slated to start on Wednesday.

The strike comes after nine months of lobbying by the MUA with Esperance Ports Sea and Land (EPSL), pushing for a 4 per cent wage increase and a 2 per cent income protection claim.

Industrial action was called after EPSL reportedly pulled out of a bargain that had been reached, according to the union.

The MUA says the strike would stop if EPSL came back to the negotiating table.

Meanwhile at the Fremantle Port, operator DP World had threatened to subcontract the entire operations of the port to rival stevedoring outfit Patrick, locking out its 215 employees.

But a joint statement from DP World and the MUA now suggests an agreement will be reached without too much delay.

“In the immediate term, the terminal will be staffed at appropriate levels to handle the work required to resume handling vessels.”

These actions come in the same week as up to 70 MUA workers at Mermaid Marine Australia's Dampier Supply Base are planning a 10-day strike.

Also, tugboat deckhands for Teekay Shipping at Port Hedland have also endorsed the MUA’s call for unlimited work stoppages over a breakdown in enterprise bargaining negotiations.

For many on the other side of the union demands, it looks like a concerted campaign.

“The MUA appears to be waging some sort of misguided industrial war against the resource industry,” Australian Mines and Metals Association (AMMA) executive director Scott Barklamb said this week.

Barklamb said the union was threatening Australia’s entire offshore resources industry, which is worth about $200 billion and 70,000 jobs.

“It represents a perfect storm of a highly militant union pursuing a reckless agenda to the detriment of a critically important export industry, and a workplace system that allows it to do so.”

MUA WA secretary Chris Cain has told the ABC that the union will continue to fight.

“It's a beat-up, it's a nonsense,” Cain said of the allegations of “militant” behaviour.

“As far as we're concerned, we have every right under the Fair Work Act to pursue our claims. We bargain hard. We make no apology for that. We want a fair outcome for our members.

“We're sitting down there, doing the best we possibly can and it's not possible for people like AMEC, the CCI, APPEA and the Government - ideologues - saying all this criticism about the MUA, and we have not had one stoppage,” he said.