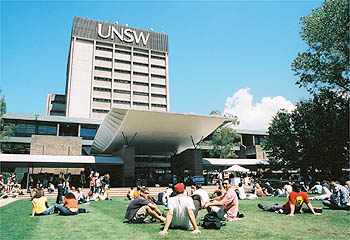 The UNSW is trying to cover a $370 million funding shortfall, and says that even after reducing “non-people-cost expenditure”, it is still short $75 million.

So, it is now seeking 493 voluntary redundancies by the end of the month.

If that does not work, the university will move to forced redundancies.

Unions are not impressed, with the National Tertiary Education Union (NTEU) blaming the fact that the Government's JobKeeper program does not cover the university sector.

There have been about 600 forced redundancies announced at Australian universities since the COVID-19 pandemic began.

“Staff are shocked, they're devastated, they're angry. They share the view that job cuts aren't necessary,” he told the ABC.

“The view of staff is that they're angry at the vice-chancellor and at the Federal Government for not having a rescue package for our higher education staff.

“Anyone who losses their jobs at the moment in the midst of the worst financial downturn in living memory is going to find it very hard to get another job.”

The university says reduced international student intake due to the pandemic, and uncertainty about overseas student numbers in future years, have forced its hand.

“This is a painful but unavoidable reality in the current circumstances,” the university said in a statement.

The union says it will fight the planned cuts.

“We're calling on the university management to talk to the union about alternatives. We're calling a meeting of all staff … we think it's going to be huge,” Mr Cahill said.

“We will mobilise against all job cuts, and fight them with all means at our disposal.”