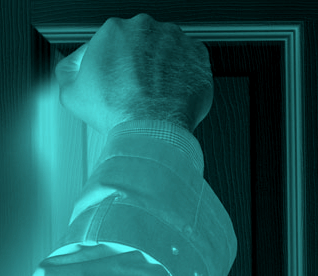 NSW Police is being sued by a US tech firm over a terminated contract.

The COPS database captures and analyses crime information, including personal and identifying details of people contacted by police.

A recent audit of NSW Police responses to domestic and family violence found that COPS “is cumbersome and duplicative, and its replacement is at least four years away”, describing the 27-year-old system as “limited in its effectiveness” and “single event orientated”.

“The system does not automatically identify repeat offenders for example, and related information is not displayed as automated alerts in COPS,” the audit found.

Former police commissioner Mick Fuller submitted during budget estimates last year that the cost of transitioning from COPS to the Integrated Police Operating System (IPOS) would be more than $1.2 billion over 18 years.

Mr Fuller has since retired and been replaced by the new Commissioner, Karen Webb.

NSW Police paid $6.5 million to Mark43 as part of the bill for phase one of the project, which was projected to cost $161 million over eight years.

NSW Police wanted the new system to be operational by 2025, but reports say it recently terminated the contract.

Mark43 has now taken the matter to the NSW Supreme Court.

“With a proven track record of successful implementations in more than 120 police departments, Mark43 made every effort to work with changing NSWPF leadership and to continue implementation of this project, just as it is committed to doing with each customer,” spokesperson Devora Kaye told reporters this week.

“Despite Mark43's repeated attempts to resolve this matter privately, NSWPF has left no option but for the company to seek appropriate relief.”

NSW Police has issued a statement saying it would “vigorously defend this claim and make a cross-claim to recover its losses”.

“NSWPF remains committed to modernising policing operations with new technology platforms that will make it faster, simpler, and safer for officers responding to emergencies and investigating crimes across NSW,” the statement said.

“There will be no impact on police operations or public safety in NSW from the decision to terminate the Mark43 contract.”